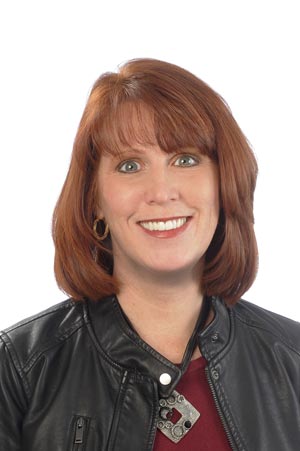 Early on her pathway, Kelly was a member of the Board for Little Lions Waldorf Daycare and Kindergarten. To her, boards are teams. And she believes that if we live in a community, we need to find ways to make everybody’s life better. She offers her time and her skills to accomplish this goal.

Kelly graduated from the Leadership Thunder Bay program in 2009. The mother of an energetic three-year-old, she had learned that she was at the beginning of her leadership journey.

In 2014 when she began her tenure as the President of Leadership Thunder Bay, she felt nervous. Yet she set a path for herself to enhance her skills and embrace those moments when she was mentioned publicly. Being in the spotlight did not come easily to her.

In her two years as President of Leadership Thunder Bay, she regularly received guidance and advice from City Councillor Rebecca Johnson who is a member of the Leadership Thunder Bay staff. This, she said, was invaluable to the learning process. Kelly also speaks of the valuable lessons in human resources management that she learned as President and has applied in all aspects of her life.

Kelly speaks of multiple people who acted as both mentors and inspirations for her, often without knowing the impact they were having. The late Susan Cameron, General Manager, Airlane Hotel, was one of the first business women who had such an impact. She had grace, class and kindness. She listened, and was deeply present. Kelly was inspired by her, “to work on being present in everything I was doing.”

She suggests asking yourself specific questions, qualifying yourself, when approaching a new leadership opportunity: Are you ready to embrace your own growth? Will this help with future employment (on your resume)? Or are you retired and have some time on your hands to fill? Is this a niche where you would like to give back? What have you got to offer?

Kelly Fettes speaks of leadership skills showing up quietly in her work as she assists on committees, or works with both new and seasoned staff members. She has found value in learning “how to say something that’s worthy of being heard.” She now makes the choice to have a voice. These skills have also helped during tough times personally. Leadership is not limited to one compartment of a person’s life.

In her personal life, she models leadership and community values to her son. They have volunteered at Shelter House for a number of years. Together they have learned the ‘Shelter House dance’ as cutting, preparing, cooking and dishes are all accomplished while providing a healthy, decent meal. Recently, they have added packing Christmas hampers for the Children’s Aid Society of the District of Thunder Bay to their family volunteering activities.

Kelly Fettes says that, “leadership can be hard work. But seeing growth in other people around you, that’s exciting.” As a leader wishes to lift up others around her, it is intriguing to wonder about what project she takes on next.